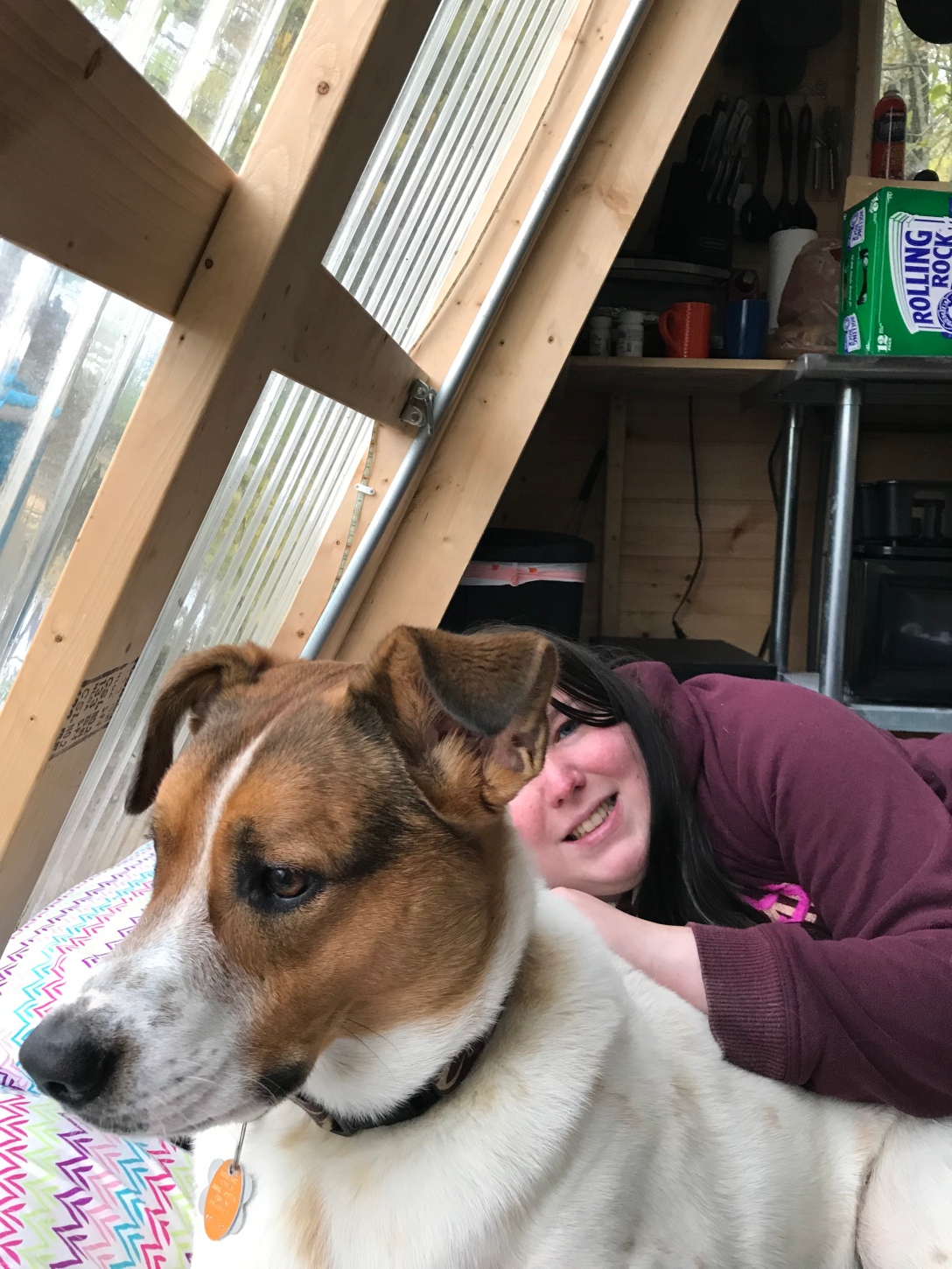 Miles is the first dog I’ve ever had that was actually mine rather than my parents’. I’m not terribly young (almost 35) but I worked long hours when I was single and didn’t have time to properly care for a dog, so I didn’t get one until my situation was right. My now-husband and I adopted him in June of 2017, shortly before we were married. We found him on Craigslist while he was being fostered by a rescue over in Wilmington. He had been found roaming the streets alone and hungry, and we fell in love with him the minute we saw his picture.

When we adopted Miles, he was about 30 lbs and we thought he was mostly Jack Russell. We were so wrong. For the first few months, either of us could easily walk him, and I took him on random late-night adventures all the time. Then he spontaneously doubled in size overnight and became a massive ball of muscle who can literally drag me if he wants to. At this point, he’s nearly 70 lbs and he’s (sadly) physically stronger than me. When we walk the dogs now, I always take Crackers (20 lbs) and my husband walks Miles. We still don’t know exactly what breed he’s mixed with that resulted in him being so big. Here’s a picture of what he looked like when we adopted him, when he was little.

To illustrate my point, I took Miles just outside the apartment door to pee just now (about midnight). I do that sometimes because my husband is almost never up past 10 pm, and Miles will whine for hours if I don’t. While we were out there, he tried to drag me across the very small lawn barefoot twice. It was all I could do to hang onto the leash. Of course, I knew he was just trying to get that random tennis ball he took from the park yesterday and was displeased that we wouldn’t let him bring inside (because he would tear it to pieces within a half hour and possibly eat some of it). I’ve caught on to his tricks by now.

Once I took away the tattered tennis ball, he took advantage of his opportunity to pee and then came back inside without too much sulking. The good thing about Miles is that, as headstrong as he can be, he’s usually pretty easygoing in the end. He’s never nipped at us or anything; he’s just a big cuddly teddy bear of a dog who wants to play constantly and doesn’t realize he’s a freaking giant. He’s the dog version of an adorable but challenging toddler.

This is what Miles looks like now; he’s so big. I wouldn’t trade him for anything though; even if I had known he’d be so big and spirited (nice way to say he can be a major pain in the ass), I’d still want to be his mom. Who knows what his life would be like if we hadn’t adopted him? We don’t even know if he’d still be alive. 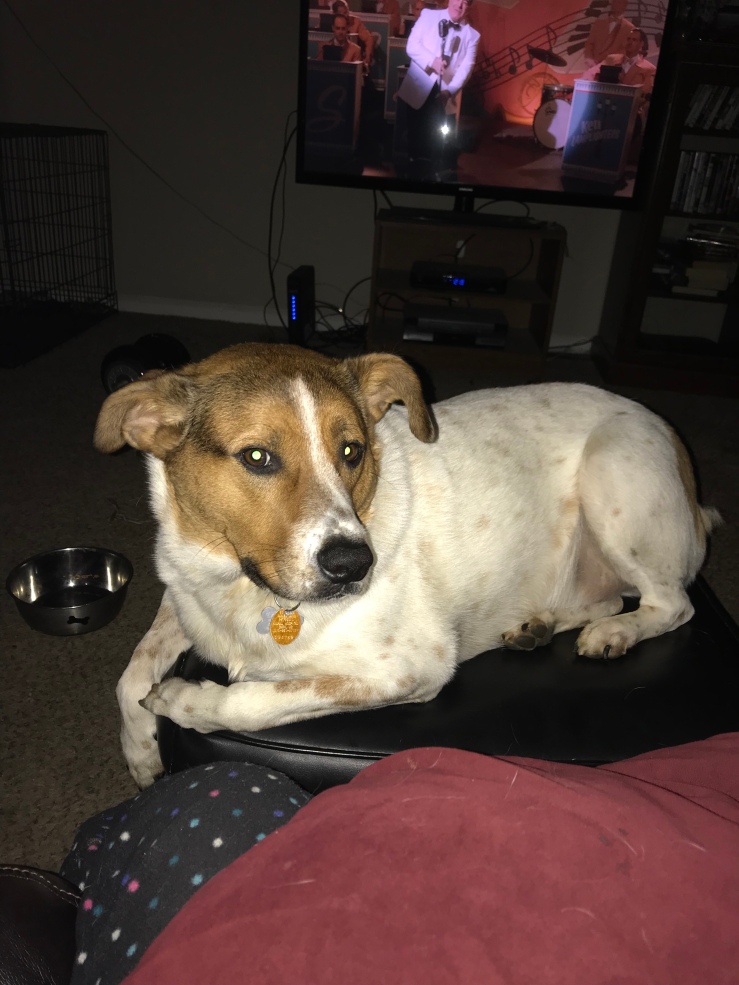 Just look at that handsome boy! I’m a lucky girl to be his mom, even if he is headstrong and physically more powerful than me.