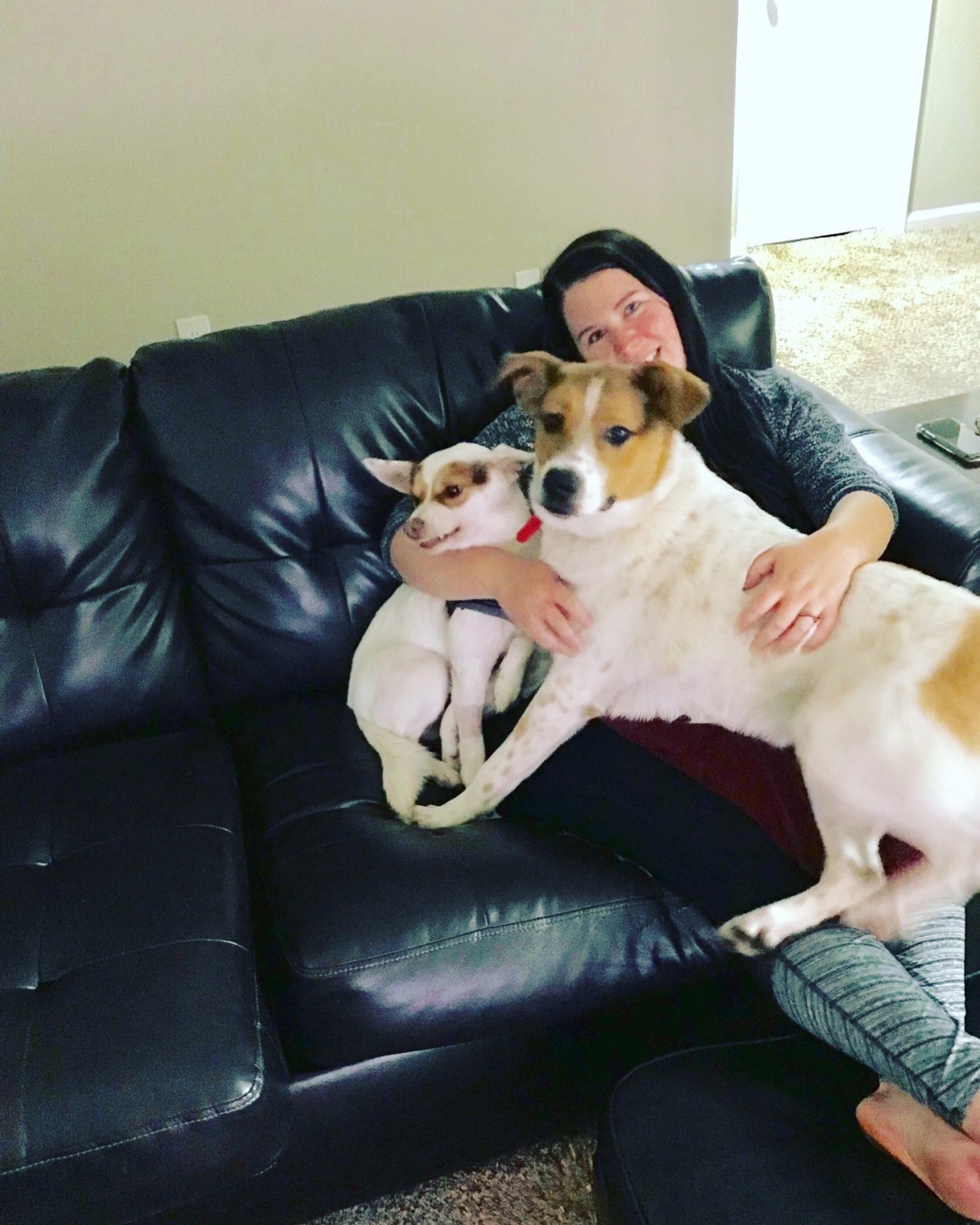 I’ll be the first to admit that my dogs are far from perfectly trained. They bark at every person, dog, and cat that wanders by our apartment, and if you leave a slice of pizza unattended on a low counter, Miles will steal it in a second and grin while he devours it. When it comes to physical affection though, they have a pretty good sense of when it’s wanted VS unwanted.

Miles is a very affectionate dog but he knows that I don’t always want him in my lap. For example, when I’m at my desk working, he’ll approach me occasionally and lay his head in my lap to ask for a quick pet (which of course I give him because he’s just too damn cute), but when I tell him “Mom’s working, go play,” he does exactly that. When I’m done with work, I cuddle him and scratch his belly, and he gets really excited because he knows that means he’s now allowed to jump in my lap and give me kisses.

Crackers, on the other hand, tends to use emotional extortion to get his way. He’ll approach with the big sad puppy eyes and the slow tail wag as if to say “I’m such a cute little puppy, please cuddle me!” Even though he’s a stubborn rat terrier, he also understands that he has to wait until I say it’s okay to sit in my lap, so he’ll ask to be let out on the patio until I’m done working. No, he doesn’t speak English and actually ASK but he communicates his desire to go outside by leading me to the patio door and wagging his tail until I open it. Very smart dog.

What’s the difference between these two dogs and the many men in our world who don’t understand that no means no? Are my dogs smarter than much of the male population? Perhaps, but it’s more likely that the difference is respect. Unfortunately, many men think that the rejection of a woman is an invitation to keep harassing her until she either gives in or he finds an opportunity to take what he wants without consent, and that’s very disrespectful to women. My dogs wait until I tell them it’s okay to be affectionate because they respect me. Men could learn a lot about respecting women from these wise pups. I mean, they could if they actually give a shit about respecting women. I guess that’s the real question: do they lack understanding of consent or do they just not care? I’m pretty sure I don’t want to know the answer.

Just look at these guys. So cute and such good boys!!